Endogenous hyperinsulinemic hypoglycemia (EHH) on investigation shows low blood glucose because of excessive endogenous insulin. Adult onset nesidioblastosis is an uncommon cause of EHH in adults and on microscopy shows diffuse proliferation of pancreatic islet cells which bud from ductal epithelium. We herein present a rare case of symptomatic adult onset EHH, the cause for which could not be localized on imaging. A 45-year male patient was admitted with recurrent severe hypoglycemia. Biochemical evaluation confirmed EHH (blood glucose 25 mg/dL; simultaneous serum insulin 56.65 μIU/mL; C-peptide 10.25 ng/mL). Thyroid, cortisol, and other hormone evaluation were normal. All possible preoperative imaging could not localize any abnormal focal lesion in the pancreas. Distal pancreatectomy resulted in complete resolution of hypoglycemia episodes. Histopathology confirmed the diagnosis of nesidioblastosis. Patient was asymptomatic even after 1-year follow-up. In adult patients with EHH with negative imaging studies, nesidioblastosis should be suspected. Symptomatic cases can be successfully treated by distal pancreatectomy with subsequent histopathology giving the final diagnosis.

Endogenous hyperinsulinemic hypoglycemia (EHH) on investigation shows low blood glucose and normal to high blood insulin/C-peptide levels due to excessive endogenous insulin production. The most common cause of EHH is insulinoma, an islet cell tumor,1 the incidence of which is approximately 4 per one million patients per year.2 The term nesidioblastosis was introduced by Laidlaw in 1938, for the diffuse proliferation of pancreatic islet cells which were budding from ductal epithelium.3 It is usually identified in infants but is uncommon in adults.4 Noninsulinoma pancreatogenous hypoglycemic (NIPH) syndrome now incorporates adult onset nesidioblastosis,5 which is an uncommon disease, representing about 0.5–5% cases of EHH.6 In adult nesidioblastosis, there is a functional dysregulation of beta cells, the cause of which is unknown.7 It is difficult to distinguish between nesidioblastosis and insulinoma, both clinically and biochemically. Histopathology evaluation clinches the final diagnosis. We herein present a rare case of symptomatic adult onset EHH, the cause for which could not be localized on imaging. Distal pancreatectomy led to clinical improvement with histopathology confirming nesidioblastosis.

A Forty-five-year-old male patient was admitted in emergency department of our hospital with a sudden loss of consciousness along with preceding symptoms of uneasiness and sweating. His blood glucose was 30 mg/dL. The patient regained consciousness after giving intravenous glucose with normalization of blood glucose. As per history given by family members, the patient had been experiencing similar episodes for the past 12 years. The initial episodes used to be mild and were relieved with oral glucose intake. To start, these episodes were primarily in early morning after 6–8 hours of fasting; however, in past 6 months episodes could occur any time of the day, with progressive increase in severity. Also, the patient had multiple episodes of loss of consciousness in the last few weeks, suggestive of more severe episodes. Patient also complained of significant weight gain of 10 kg over the last 4 years. There was no history of alcohol intake or intestinal surgery. There was no history of systemic illness or prolonged drug intake. General physical and systemic examination was within normal limits. 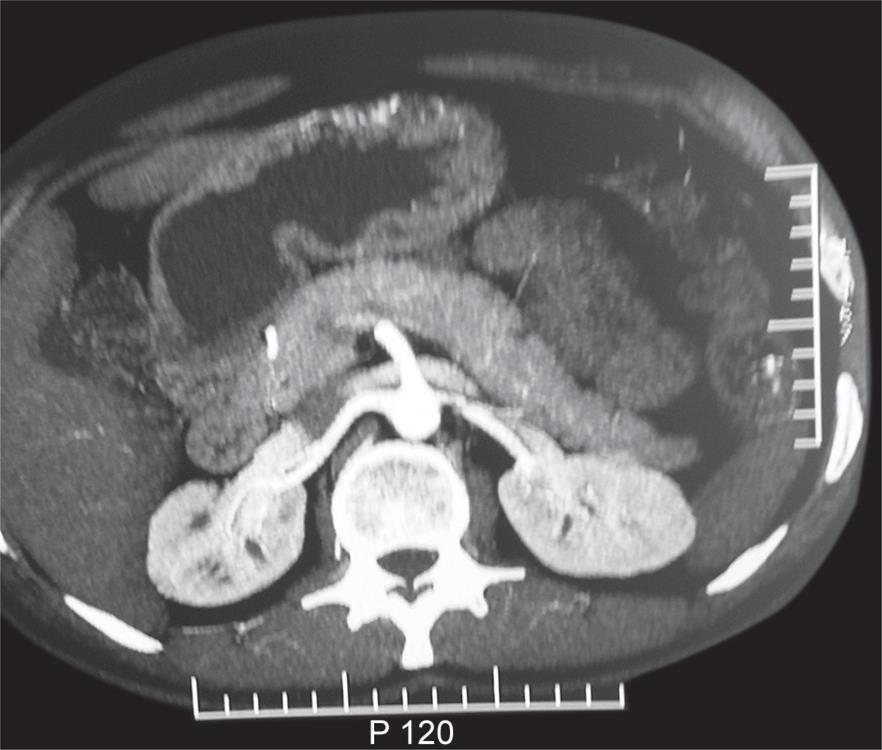 After informed consent, decision was taken for exploratory laparotomy. Intraoperative bidigital palpation and intraoperative ultrasonography (USG) did not reveal any tumor. A left distal pancreatectomy up to mesenteric vein was done. Grossly, the pancreatic tissue measured 6 cm by 4 cm by 2 cm. No lesion was detected on thin serial slicing. Multiple sections were taken. Microscopic examination revealed normal exocrine component made up of lobular units of acini and ducts and endocrine component made up of Islets of Langerhans. The islets were increased in number and average diameter (Fig. 3). No cellular or nuclear atypia was seen. A diagnosis of hyperplasia of Langerhans islets or nesidioblastosis was made. Postoperatively, patient did not experience any further hypoglycemic episodes in hospital and blood glucose levels were normal. Last evaluated, 1 year postsurgery, no hypoglycemic symptoms were experienced by the patient.

Hypoglycemia is responsible for clinical manifestations of EHH,9 and hypoglycemic symptoms are grouped in two major categories, adrenergic or neuroglycopenic. Adrenergic symptoms, such as diaphoresis, weakness, nausea, tremor, anxiety, warm sensations, and palpitations, are because of release of catecholamines.2 Loss of consciousness, diplopia, blurred vision, confusion, abnormal behavior, and amnesia are the neuroglycopenic symptoms. Endogenous hyperinsulinemia (serum insulin ≥3 μIU/mL and serum C-peptide ≥0.6 ng/mL) in the presence of concomitant hypoglycemia (blood glucose ≤50 mg/dL) clinches diagnosis of EHH, regardless of whether hypoglycemic symptoms occur in the fasting or postprandial state or after exercise.9 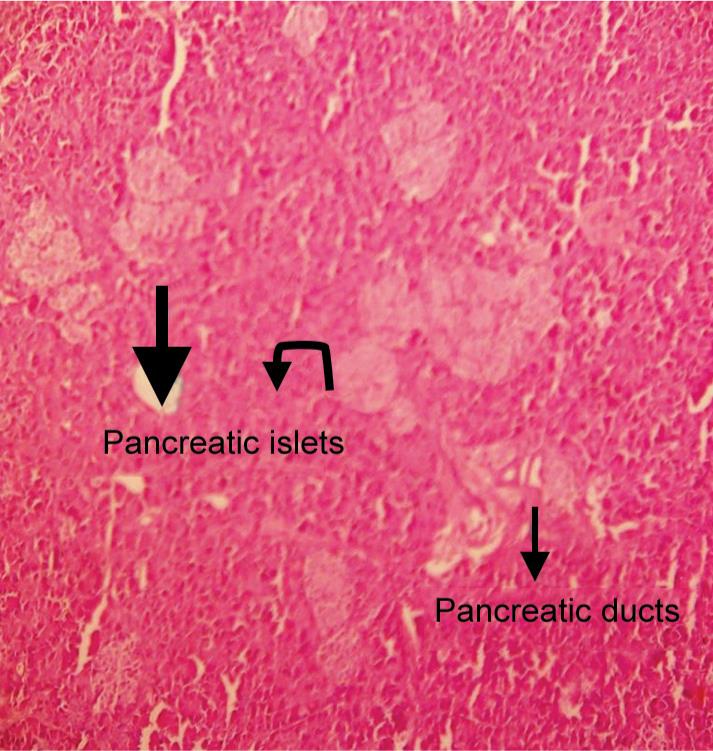 Our patient also experienced severe neuroglycopenic symptoms any time of the day with loss of consciousness with documented plasma glucose levels as low as 25 mg/dL during the episodes. Also, the plasma insulin levels and also C-peptide levels were high during these hypoglycemic episodes. Henceforth, a diagnosis of EHH was made in our patient. Multiple imaging studies including endoscopic ultrasound and contrast CT angiography abdomen as well as intraoperative imaging studies failed to localize any tumor in the pancreas.

Noninsulinoma pancreatogenous hypoglycemic syndrome5 now includes adult onset nesidioblastosis. The association between bariatric surgery and NIPH is controversial. Hypoglycemia after bariatric surgery occurs commonly and is mostly due to dumping syndrome;15 however, in a minority of patients hypoglycemia can only be controlled by partial pancreatectomy.15

In adult patients with EHH with negative imaging, adult onset islet cell hyperplasia (nesidioblastosis) should always be suspected. Concomitant testing for plasma insulin and C-peptide levels during the hypoglycemic episodes clinches the diagnosis of EHH. Symptomatic cases can be successfully treated by distal pancreatectomy with subsequent histopathology giving the final diagnosis.