Sagliker Syndrome: A Case Report on a Rare Case of Severe Renal Osteodystrophy Due to Untreated Secondary Hyperparathyroidism

Background: Sagliker syndrome is a rare entity associated with long-term untreated SHP that results in severe renal osteodystrophy with typical skeletal deformities (mostly craniofacial), high levels of parathormone (PTH), and difficult medical control of the disease. Adequate treatment of the secondary hyperparathyroidism generally includes a surgical approach, and is essential to stop the progression of the disease.

Case description: We present the case of a 26-year-old African male with chronic kidney failure on dialysis since the age of 15 and severe SHP (PTH > 5,000 pg/L). He presented with craniofacial dystrophy, benign facial bone tumors, depression, and long-bone fractures. After failure of medical treatment, he underwent total parathyroidectomy with parathyroid autotransplant with normalization of the serum parathormone. “Hungry bone syndrome” was verified postoperatively. After 2 years of follow-up, the skeletal changes were stabilized without regression of the clinical spectrum. No recurrence of secondary hyperparathyroidism was identified at 1 year of follow-up.

Conclusion: Identification of this syndrome is of clinical significance, allowing the identification of a subgroup of patients with predicable failure of the medical treatment of secondary hyperparathyroidism and who benefit from surgical treatment to stop the progression of the skeletal changes.

Clinical significance: The early identification of this clinical syndrome may allow for better outcomes with reduced morbidity.

In 2004, Sagliker et al.2 first described a clinical syndrome, composed of CKD patients on renal substitution therapy with severe secondary hyperparathyroidism (SHPT) resistant to medical treatment, short stature, “uglifying appearance of the face” (caused by extremely severe skull alterations such as maxillary and mandibular destruction, teeth abnormalities, and benign tumors), fingertip changes, and psychologic problems. Subsequent papers described also earing problems and recurrent bone fractures.3,4 The incidence first described on the original paper was about 0.5% in the population of patients on hemodialysis, and since then, several case reports and series of cases from various parts of the world have been described.5

Since the SHPT is usually resistant to the medical therapy, the treatment relies mostly on surgery. Several cases of SHPT recurrence after subtotal parathyroidectomy or total parathyroidectomy with autotransplant have been described; however, the best surgical approach is not yet defined. “Hungry bone syndrome” is also usually described after surgery.6

The preceding literature seldom mentions prognosis after surgical treatment, but, even though the skeletal changes are most probably not reversible, the successful treatment of SHPT seems to reduce morbidity in these patients. We report a 26-year-old male with CKD, severe SHPT, and clinical findings of Sagliker syndrome.

A 26-year-old African male from Angola with CKD since he was 15-year-old, and on peritoneal dialysis in the last 6 years, presented to our institution in Portugal to treat his SHPT after bilateral femur fracture. The patient had short stature (152 cm), severe craniofacial and dental deformities (Figs 1 and 2), benign tumor of the hard palate (Fig. 3), and obstructive sleep apnea due to his maxillofacial deformity. His serum PTH was >5,000 pg/mL with a seric calcium of 10.2 mg/dL. After starting hemodialysis and treatment with calcimimentics (cinacalcet 60 mg 1id), phosphate binders (sevelamer 800 mg 3id), and vitamin D analog (alfacalcidiol 0.25 mg 2id), serum PTH is decreased to 1,300 pg/mL. TC-99m MIBI scintigraphy showed bilateral cervical capitation corresponding to the four parathyroid glands and no ectopic foci of capitation (Fig. 4). After adequate preparation, he underwent total parathyroidectomy (Fig. 5) with parathyroid autotransplant on the right forearm (Fig. 6). Intraoperative decrease of serum PTH to 136 pg/mL was verified after 30 minutes of excision of all four parathyroid glands. On the first postoperative day was identified hypocalcemia, even though the patient was receiving prophylactic endovenous calcium carbonate (hungry bone syndrome). The seric calcium level was stabilized on the 5th postoperative day with oral calcium supplementation only. 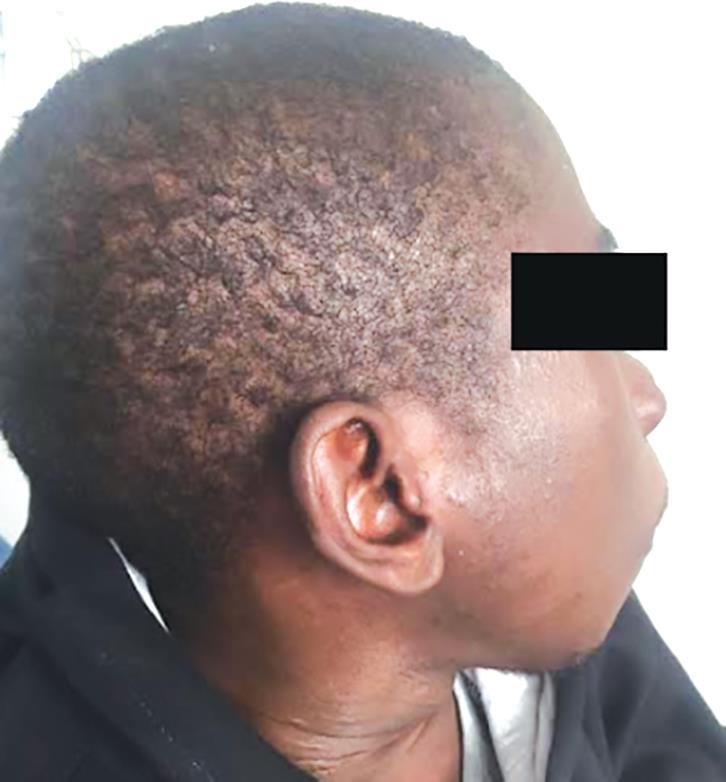 Fig. 1: Craniofacial appearance of the patient 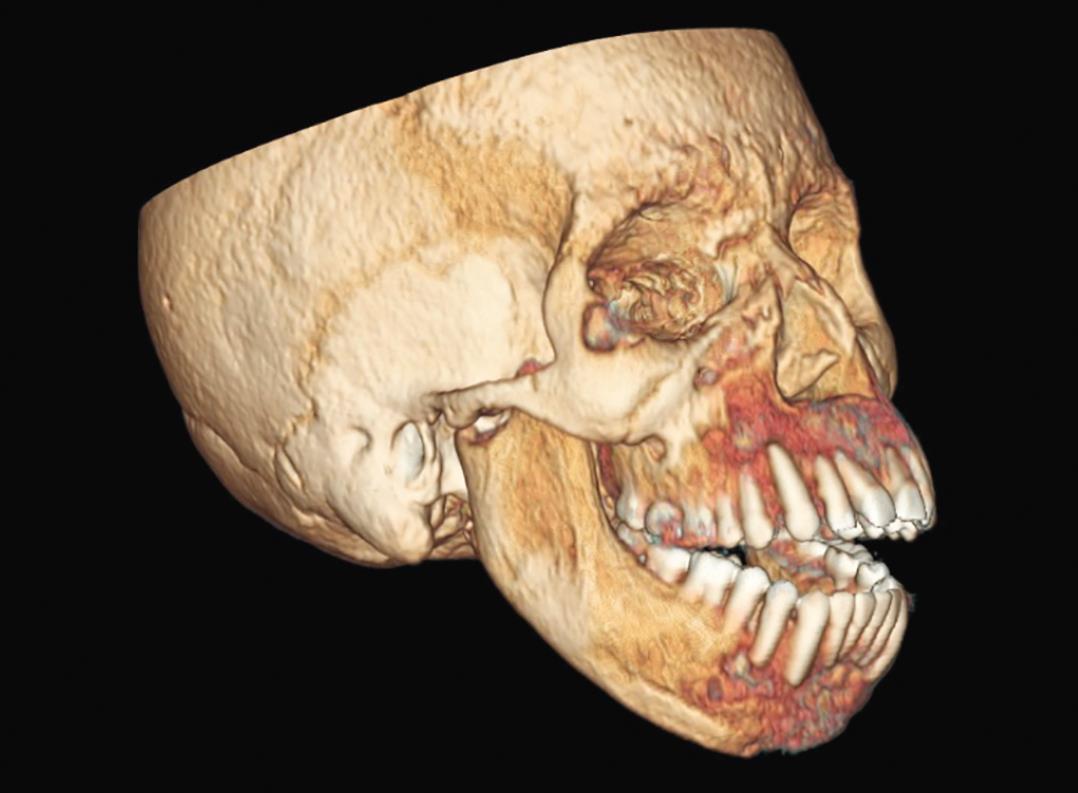 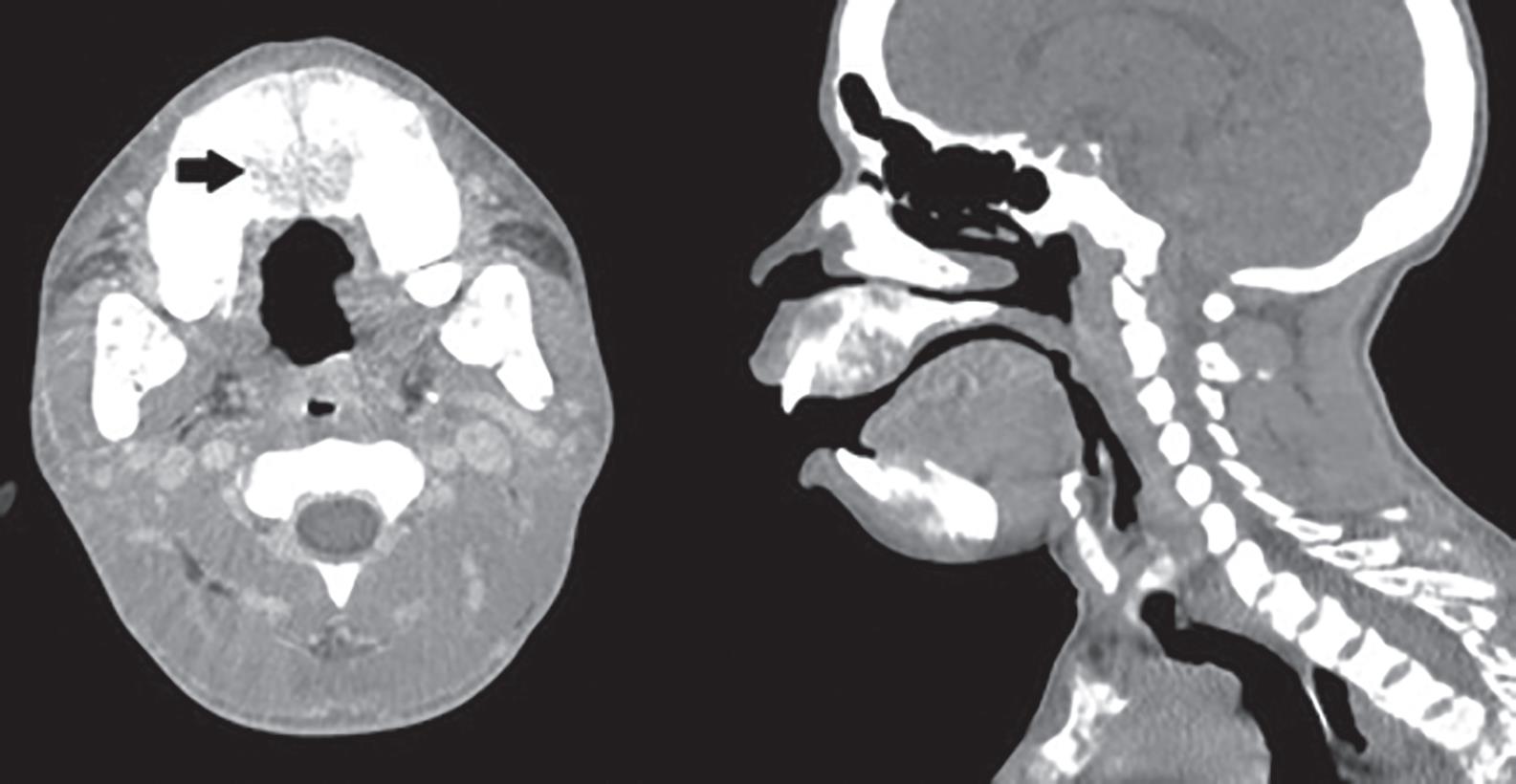 After 18 months of follow-up, there was no SHPT recurrence and the patient was able to underwent orthopedic definitive surgery for his bilateral femur fracture. The pathology report showed hyperplasia in the four glands excised.

Although changes in the phosphate–calcium metabolism are universal in CKD, and SHPT develops in the majority of the patients with end-stage CKD, Sagliker syndrome corresponds to a specific subgroup of patients with particular characteristics.1,2

Early onset of the renal disease and mistreatment of CKD and SHPT seem to have an essential role in the development of this syndrome. Genetic ethology was proposed, but genetic studies (mostly about CaS receptor and GNAS1 gene) were not able to identify a consistent association.7

Sagliker syndrome is a rare entity of SHPT but should be recognized and treated early to stop the progression of osteodystrophy. More case series need to be described for a better understanding of the best approach when treating this patients and their prognosis. 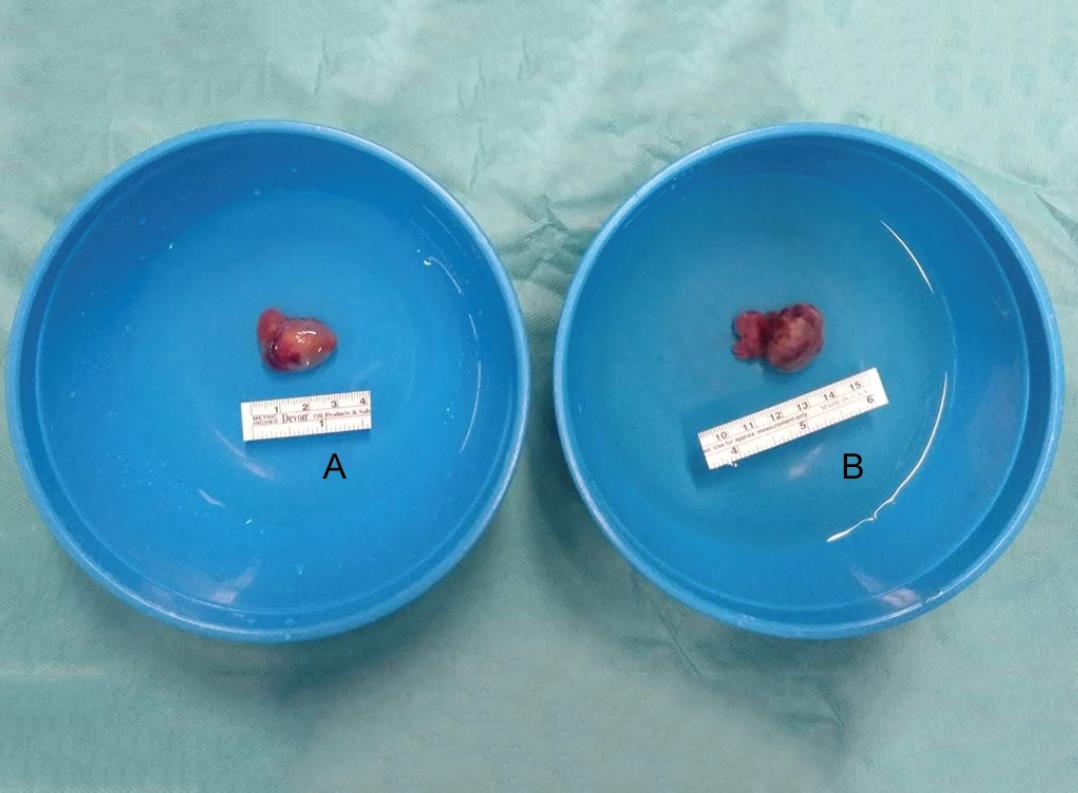 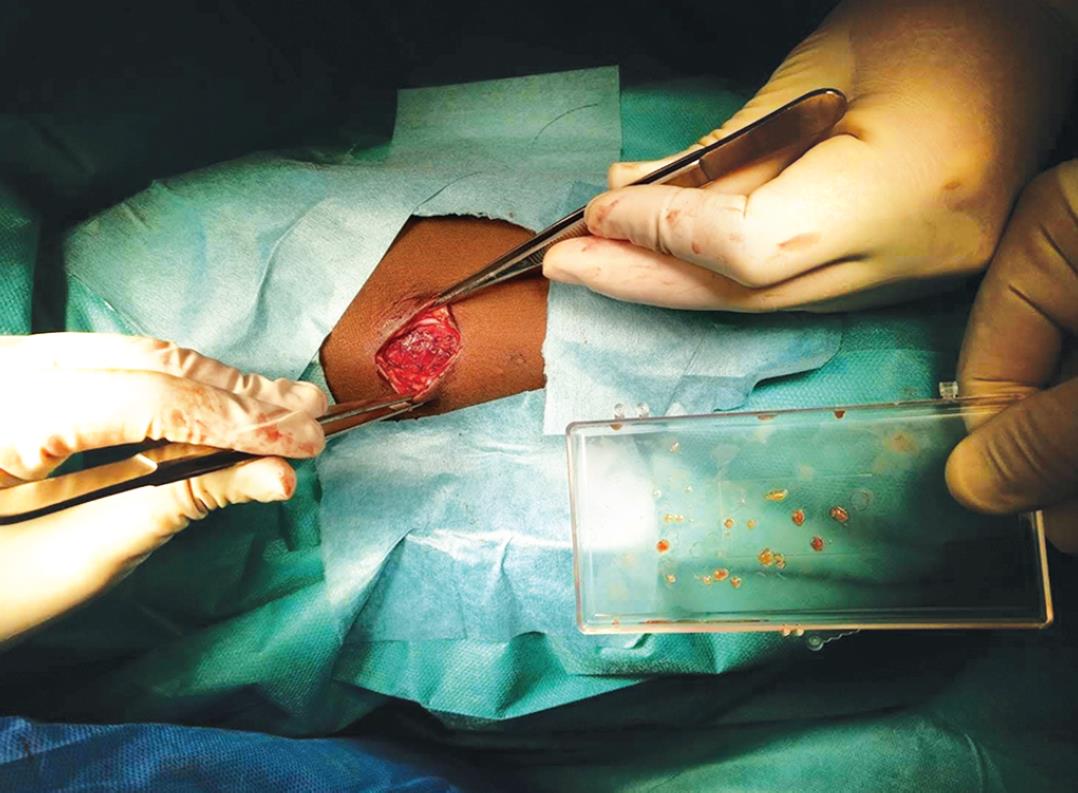 In the case reported by the authors, surgical treatment was able to control the SHPT and osseous metabolism of the patient and therefore allow the improved quality of life.