Historical Landmarks in the Discovery of Adrenal Hormones

The history of adrenal hormones provides a fascinating insight into how the discovery of adrenal hormones transformed our understanding of homeostasis. Owing to the small size of the gland and its anatomical location, there was quite a disparity in its existence for a large part of the time. However, at the dawn of the 19th century, the discovery of microscopes paved the way to identify the glands. In a nutshell, the discovery of various hormones from the adrenal cortex and medulla has been revolutionary both in the understanding of normal physiological processes and their therapeutic uses.

A review of existing literature from PubMed eventually carved this article in which evolution in the discovery of these hormones and major clinical aspects related to adrenal hormones is discussed. As always, each discovery found birth in someone’s question and was eventually fully realized by cooperative teamwork and leadership. The mechanism of hormones’ action was identified through animal and human experimentation, while scientists demonstrated the structure of hormones using the conventional biochemical analysis. Mostly, diseases were identified as syndromes earlier than hormones.

The endocrine system is orchestrated by several glands that secrete a symphony of hormones attributing to homeostasis. Excess and reduced quantities of adrenal hormones manifest as various diseases whose discovery has been dealt with within this article. Moreover, the discovery of these hormones released from the cortex and medulla of the adrenal gland has brought a substantial change in the understanding of normal physiological processes and their therapeutic uses. This article traces the history as well as discusses the clinical aspects of adrenal hormones.

Although the ‘adrenal insufficiency is treated conservatively today, it was first demonstrated by a surgeon, Thomas Addison (Fig. 1), who described it as a variant of chronic insidious anemia, which could be fatal. On 15th March 1849, Addison made a description of this disease way before the South London Medical Society.1 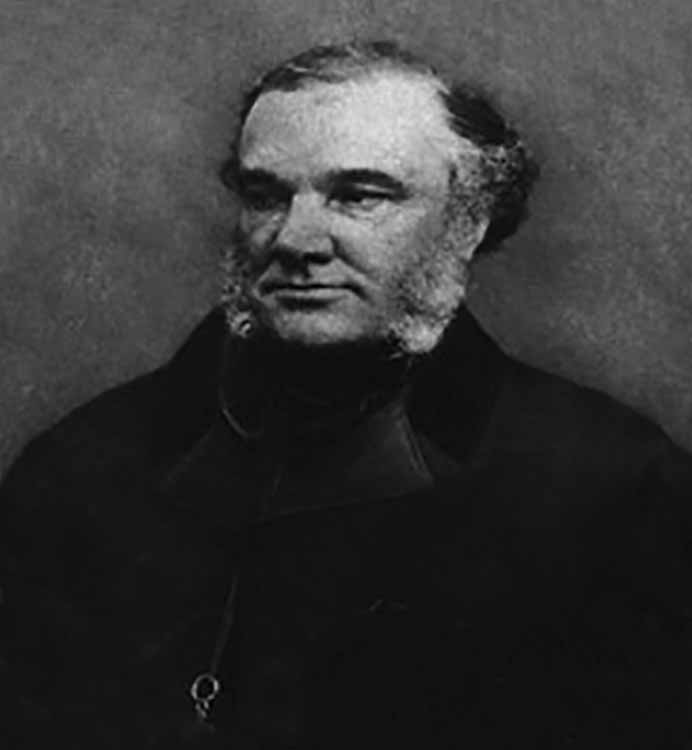 In 1954, Jerome W Conn (Fig. 2), the director of “The Division of Endocrinology, Diabetes, and Metabolism,” encountered a 34-year-old lady with tetany, muscle weakness, and high blood pressure.2 The patient underwent total adrenalectomy, followed by substitution therapy in December 1954. Intraoperatively, a cortical adenoma, was seen on the right side, and the tumor was found to have excessive quantities of aldosterone. After the surgery, all symptoms were relieved, and metabolic anomalies were corrected.3 In 1955, he published an article on the syndrome of primary hyperaldosteronism as a new clinical disease. The disease later came to be known as Conn’s syndrome.4 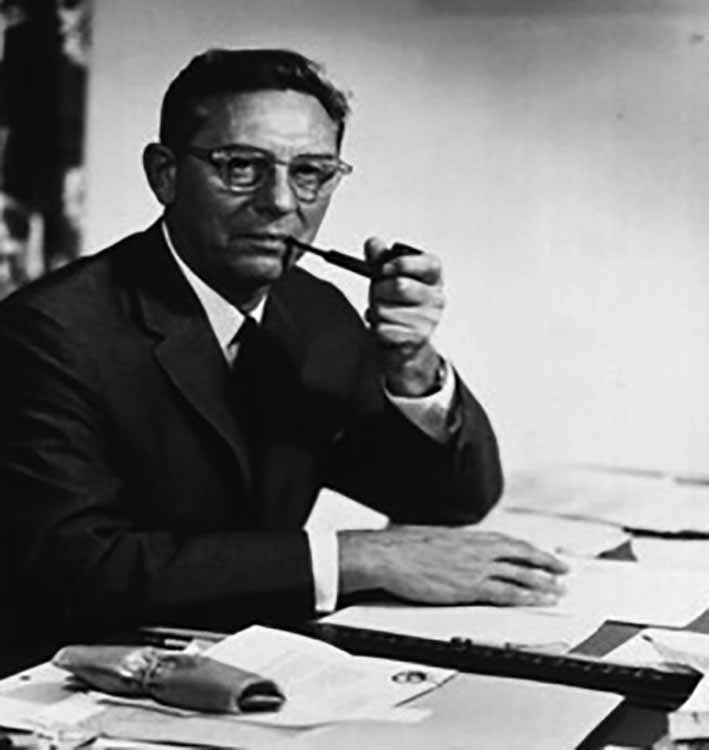 In 1937, Kuizenga and Cartland, in a laboratory in Michigan, reported that adrenocortical preparations contribute to the ionic balance. Later, Davis et al. concluded that low sodium or high potassium diet stimulates Zona Glomerulosa of the adrenal cortex to secrete, what they termed, electrocortin.5

In 1948, Dr B Lewis, a clinician from Middlesex Hospital, London proposed a bioassay for this electrocortin hormone based on urinary excretion of the sodium-24 isotope in adrenalectomized rats. He approached separately to two specialists in the field of bioassay and radioisotope—Sylvia Agnes Sophia Tait and James Francis Tait (Fig. 3).5 Later, they succeeded in developing a bioassay by measuring the effect of adrenal steroids on urinary excretion of radioisotopes of sodium-24 and potassium-42 in adrenalectomized rats.6 This method paved the way for further discoveries of adrenal gland products. They also discussed the methods of isolation, biochemistry, and physiology of electrocortin. In 1952, they partnered with a Swiss Chemist, Professor Tadeus Reichstein, and were able to demonstrate the structure of electrocortin.6 Later, Reichstein demonstrated the steroid nature of the electrocortin, and renamed the compound “aldosterone.“7 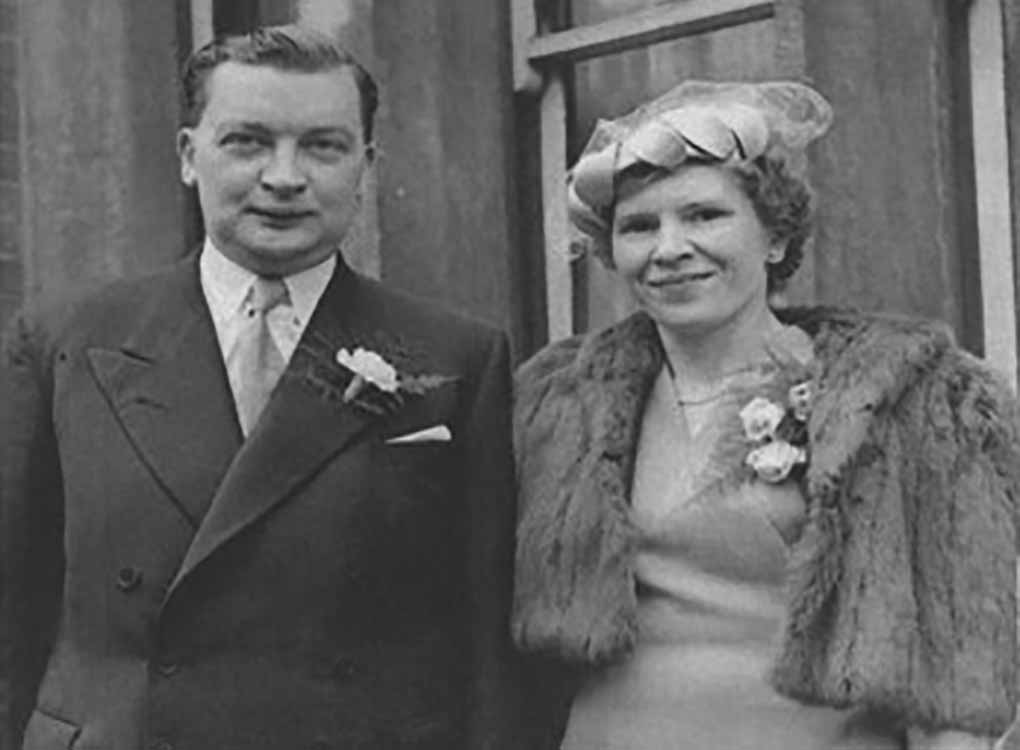 In January 1931, Dr Leonard G Rowntree of the Mayo Clinic demonstrated the efficacy of adrenal cortex extract in reducing the symptoms of Addison’s disease in a patient. After knowing Edward Calvin Kendall’s (Fig. 4) work on the adrenal gland, Dr Leonard approached Kendall with a plea to prepare the adrenal cortical extracts for its novel clinical application.8 In 1933, the Kendall group succeeded in extracting a crystalline organic substance from the adrenal extract. In 1935–1936, Kendall’s work finally led to the isolation of five crystals from the extract, which he named alphabetically from A to E.9 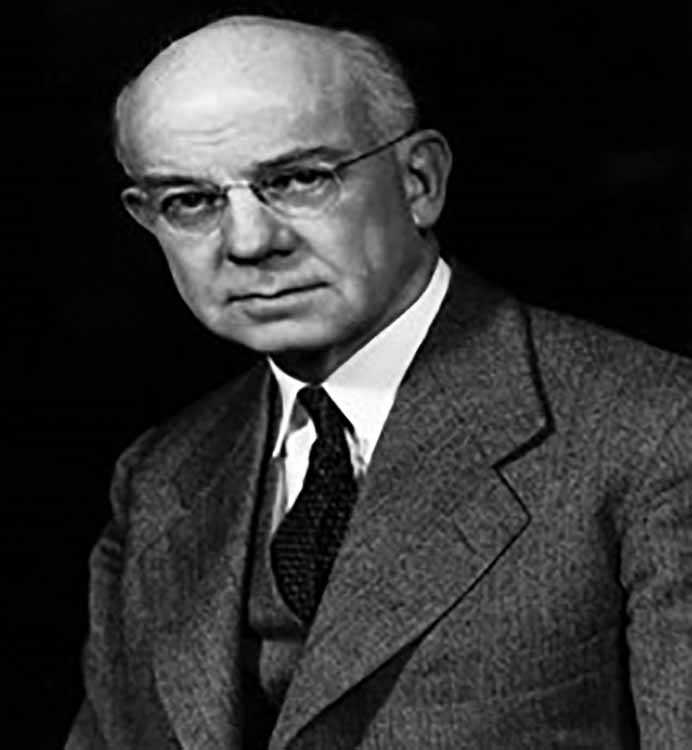 Fig. 4: Edward Calvin Kendall (8 March 1886–4 May 1972) was an American chemist at Mayo Clinic. In1950, Kendall was awarded the Nobel Prize in Physiology or Medicine for his work with the hormones of the adrenal gland 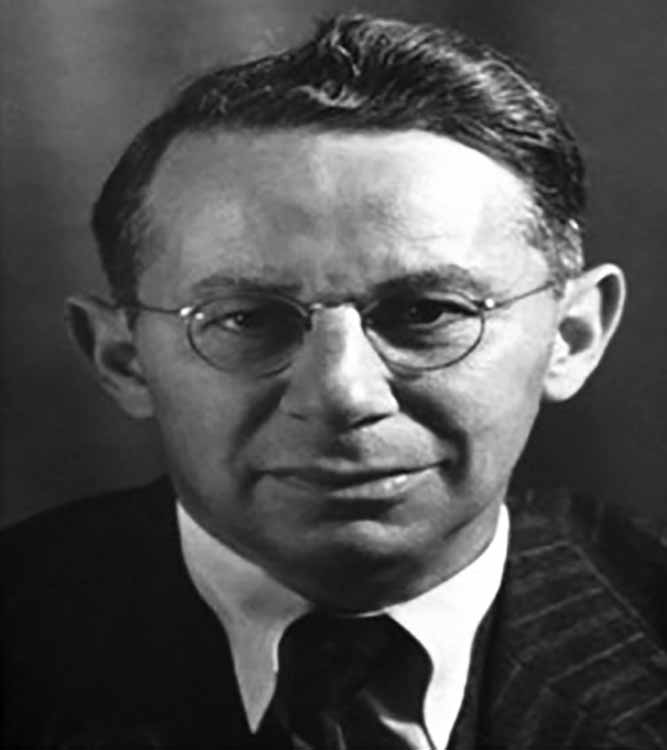 In 1941, Philip Showalter Hench (Fig. 6), a fellow of medicine at Mayo Clinic along with the Kendall group decided on a trial of treatment of a rheumatoid arthritis patient by compound E which was based on an assumption of Hench.10 In 1948–1949, Hench and Kendall experimented on a female with rheumatoid arthritis manifesting as joint immobility with compound the E therapy and as a result, the lady was able to do her daily life activities well. Before long, she died in 1954 from a complication of the trial.11 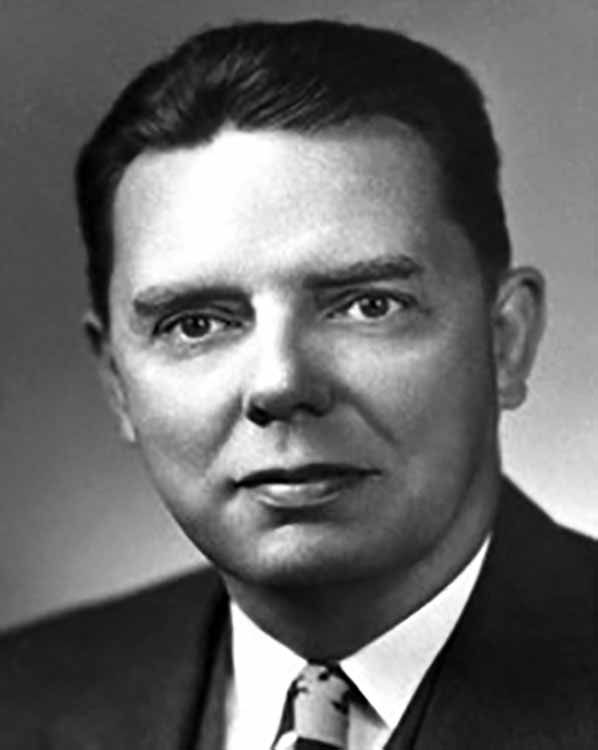 In 1950, Kendall, Hench, and Reichstein were awarded the Nobel Prize for demonstrating the structure and biological effects of the hormones of the adrenal cortex.11

It dates back to 1932 when Harvey Williams Cushing (Fig. 7), an American surgeon, first published a case of a 16-year-old girl with a polyglandular syndrome of pituitary who he thought to be due to an adrenal tumor.12,13 In 1931, a similar case was reported by Julius Bauer, who later operated on an adrenal tumor, but failed to find one.14 Instead, a pituitary adenoma was found later during the surgery. After 11 years of Cushing’s death, in 1950, Julius Bauer published an article giving the disease the title of Cushing syndrome.14 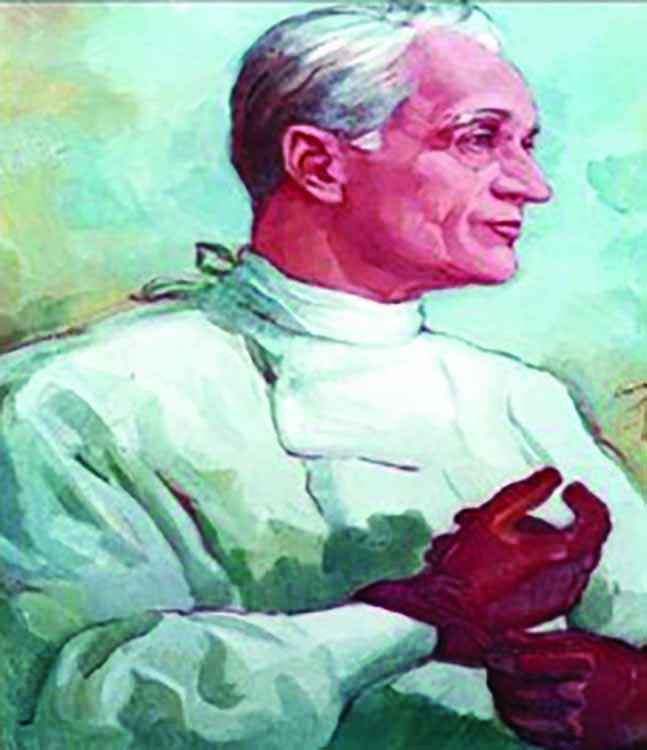 Fig. 7: Harvey Williams Cushing (8 April 1869–7 October 1939), an American neurosurgeon and a pioneer of brain surgery, was the first person to describe Cushing’s disease

In the mid-16th century, the role of adrenal glands in regulating libido was first observed by Antonio Maria Valsalva (Fig. 8).15 Johan Friedrich Meckel (Senior), in 1806, associated the adrenal glands with sexual functions and stated that abnormalities of adrenal glands are associated with abnormalities of sexual organs.16 In 1865, Luigi De Crecchio conducted an autopsy of a 44-year-old man and surprisingly found female reproductive organs inside.17 Dehydroepiandrosterone (DHEA) was first isolated from human urine in 1934 by a German biochemist, Adolf Butenandt (Fig. 9).18 He also identified the structure of DHEA.19 In 1939, Adolf Butenandt was awarded the Nobel Prize for his work on sex hormones.20 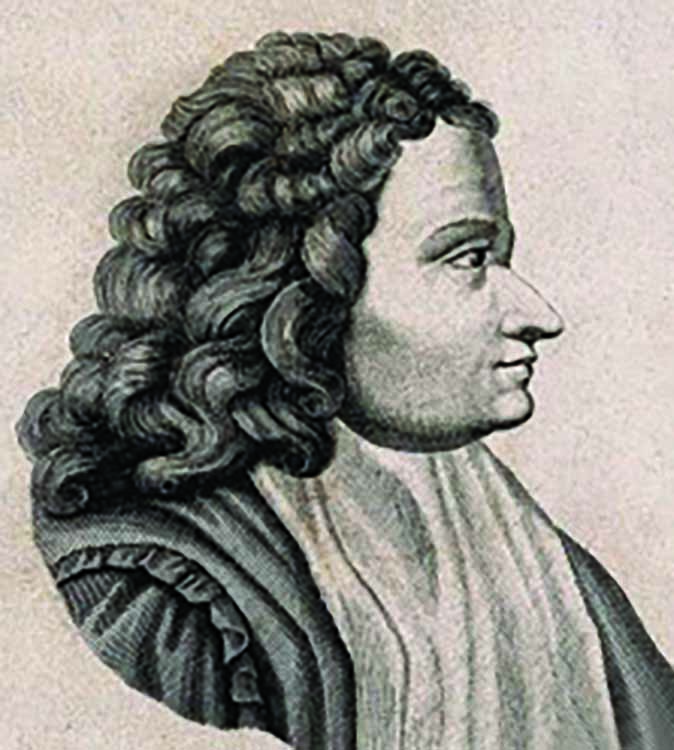 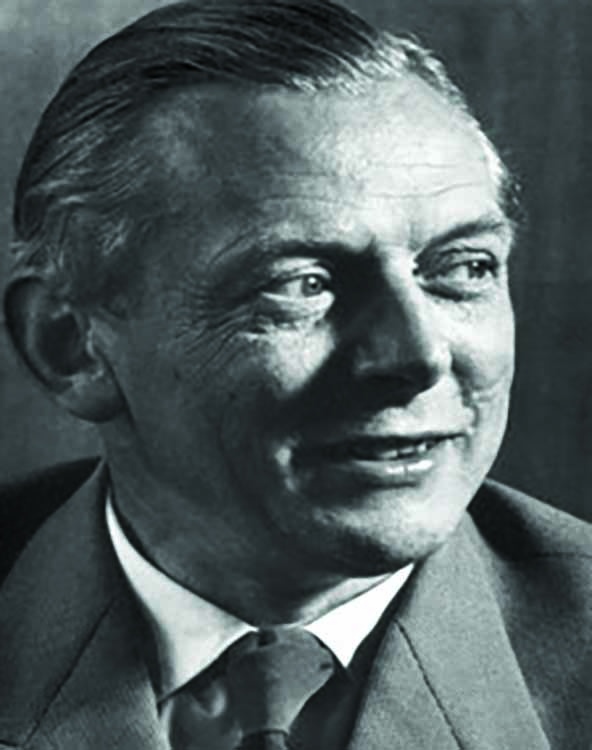 In 1897, John Jacob Abel (Fig. 10) and Albert Crawford of Johns Hopkins first published on isolating epinephrine, which was later found to be in impure form—Benzoyl derivative.21 In 1901, Jokichi Takamine (Fig. 11), a Japanese chemist, isolated adrenaline, which was then referred to as the blood pressure-raising chemical. His success made him well recognized in the scientific community because of his competition with renowned scientists such as John Jacob Abel of John Hopkins and Otto Von Furth of Russia. In 1905, Takamine applied for a patent for the discovery of adrenaline.22 However, John Abel believed that Takamine’s adrenaline was not pure, which was later found to be true as it was contaminated with noradrenaline.23 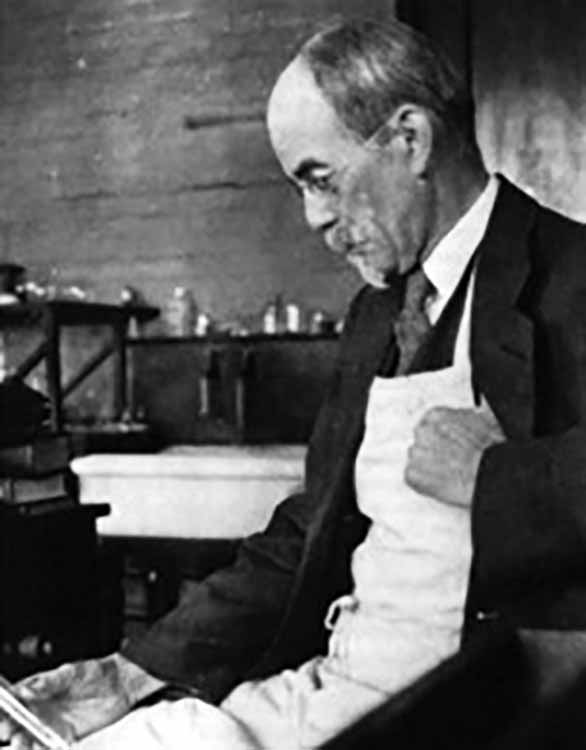 Fig. 10: John Jacob Abel (19 May 1857–26 May 1938) was an American biochemist and pharmacologist who established the Department of Pharmacology at Johns Hopkins University in 1893 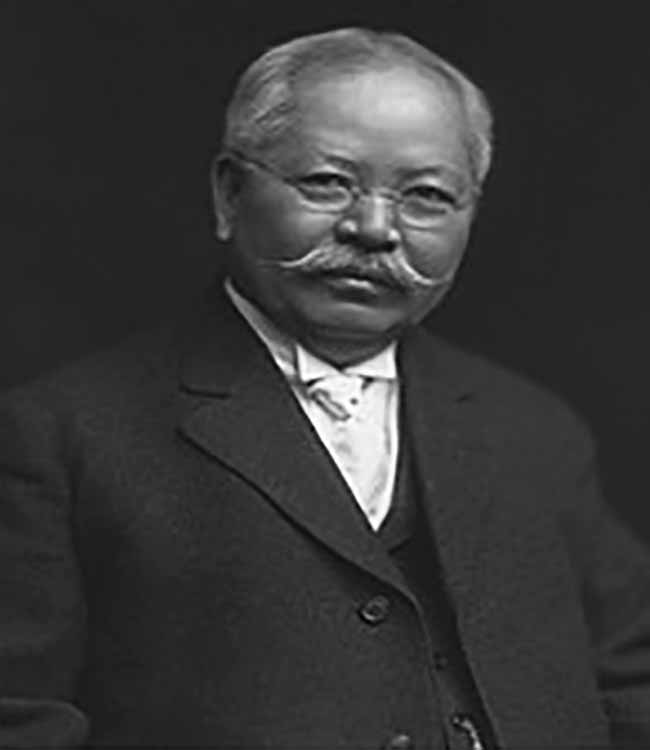 It was then that adrenaline production started on a commercial level, and it was being used by many surgeons and physicians for treating hemorrhages, heart diseases, asthma, allergies, etc.

In 1890, George Oliver and Edward Schafer (Figs 12 and 13), while experimenting on animals, found that when an extract from the adrenal medulla was injected into animals, it resulted in increased heart rate and blood pressure.24 They were the first to describe the physiological action of epinephrine in 1895. Walter Cannon experimented on animals by providing stimuli of rage, hunger, anger, and fear. He took the blood sample at the same time and compared the effect of it on intestinal tissue contraction compared with the resting blood sample of animals.25 Cannon first explained the term ‘Fight and Flight’ response of adrenaline in his book published in 1932.26 It was Earl Sutherland (Fig. 14) who discovered (1962) that the action of epinephrine is mediated via secondary messenger, that is, cAMP.27 Sutherland received the Nobel Prize in 1971 for his discoveries concerning the mechanisms of the action of hormones.27 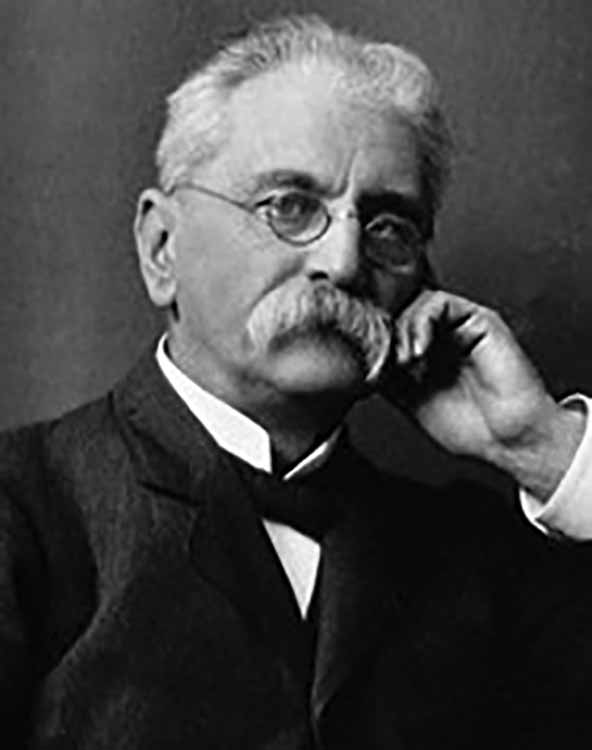 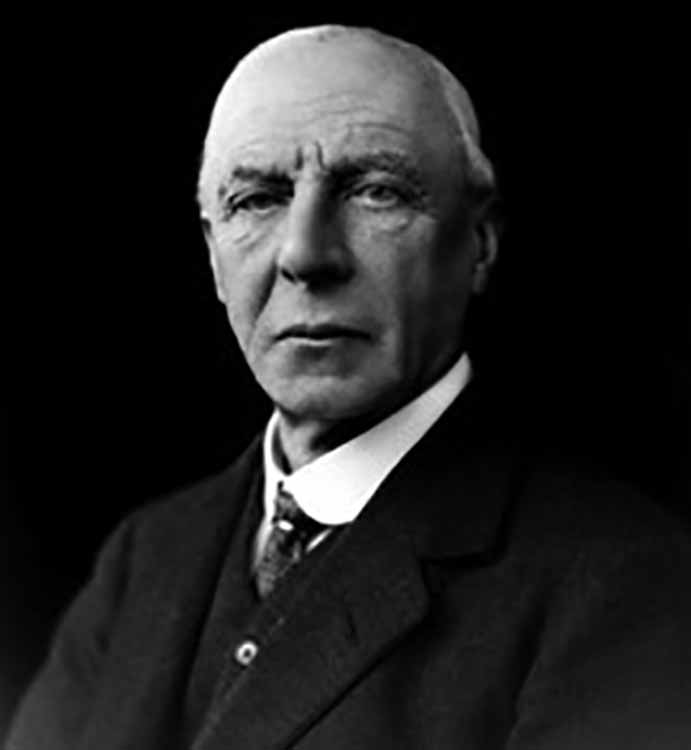 Fig. 13: Edward Albert Sharpey–Schafer (2 June 1850–29 March 1935) was an English physiologist and is regarded as a founder of endocrinology 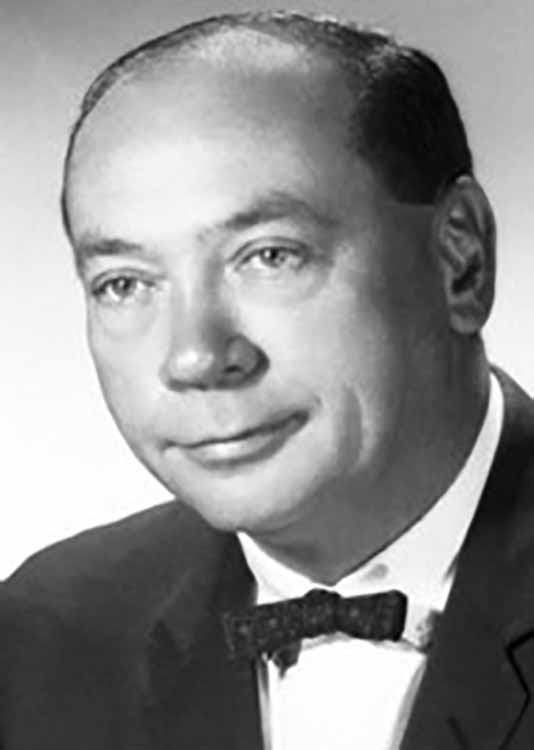 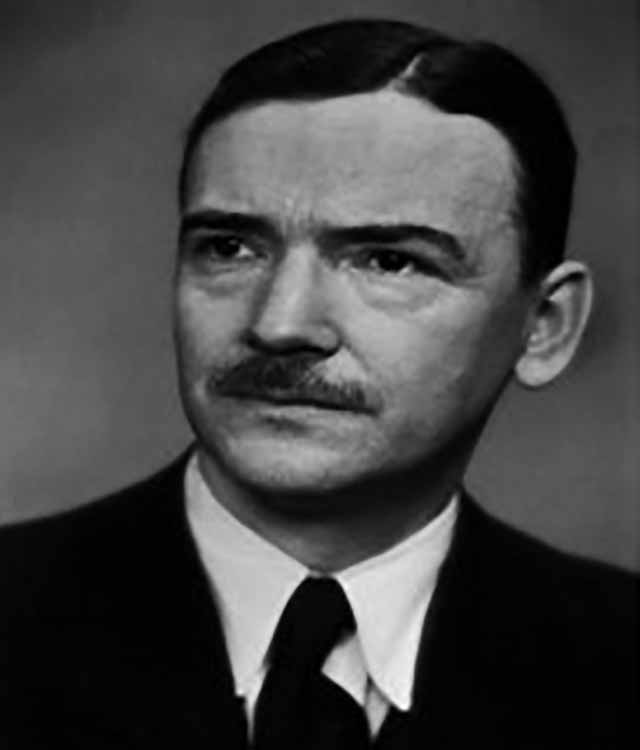 Fig. 15: UIf Svante von Euler (7 February 1905–9 March 1983) was a Swedish physiologist and pharmacologist to receive the Nobel Prize in Physiology or Medicine in 1970 for his work on neurotransmitters 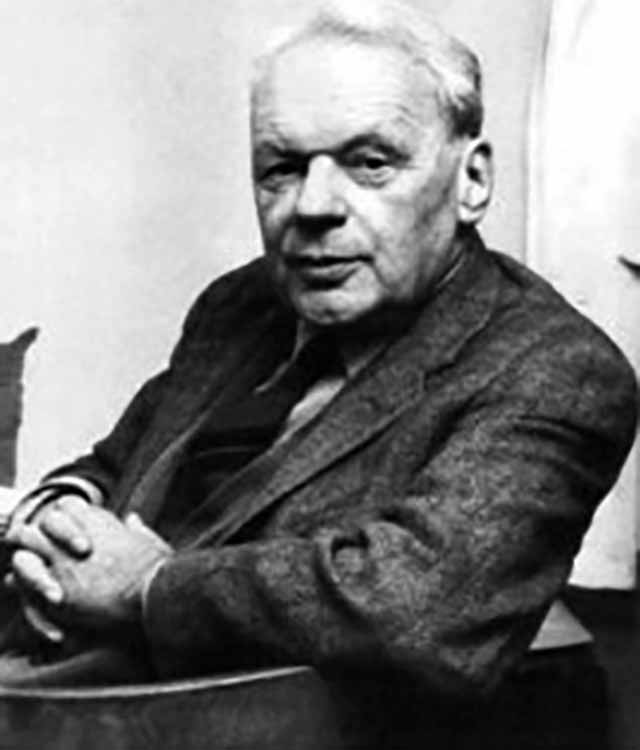 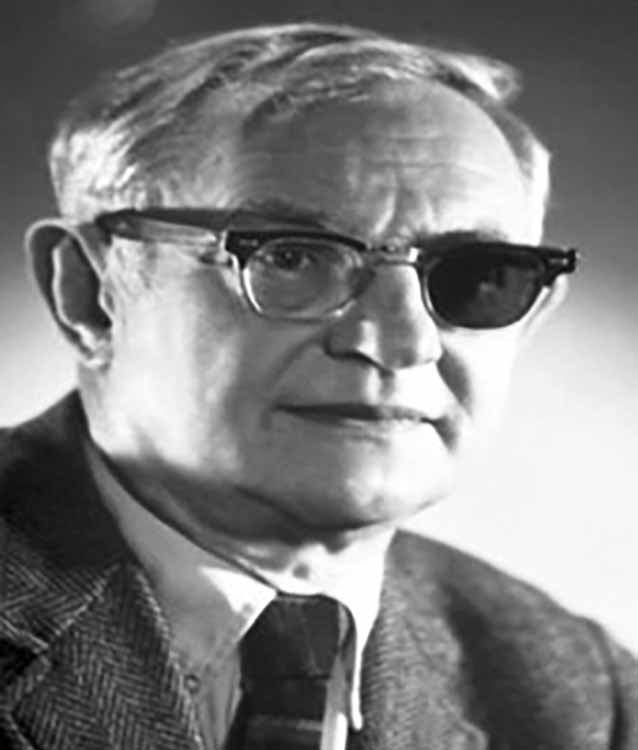 The adrenal hormones were eventually discovered after the scientists overcame multiple challenges that came up in different ways. For instance, one major obstacle was the lack of technology to identify the structure and effect of various chemical substances in the human body. The delay in identification of the structure of the adrenal gland and its hormones owes to the peculiarity of its site and size due to which even conventional autopsy findings failed to identify their existence. Later, time unleashed the paramount importance of these organs. A small defect at a strategic location could cause a life-threatening disease.

The diseases caused by excess or less secretion of adrenal hormones were discovered way before their structure and properties. However, these hormones are now artificially manufactured and used as therapeutic drugs in a wide variety of clinical conditions. The modern healthcare system owes a huge amount of gratitude to these scientists for providing the path to cure many diseases that had no treatment earlier and to manage many deadly conditions far more quickly and easily.